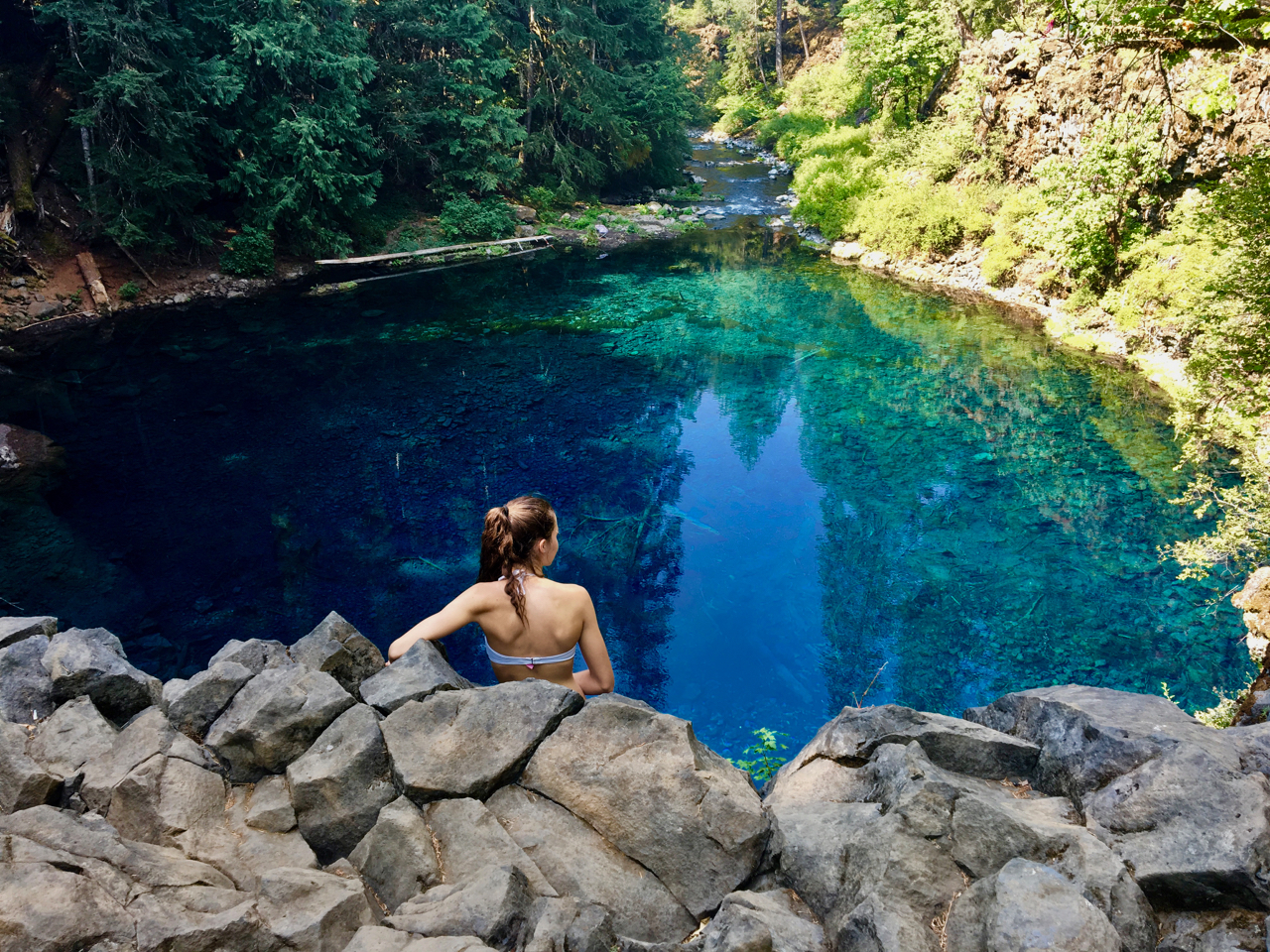 When we started traveling in March 2017, I thought that we would reach the Pacific Coast in California, but we actually reached it via Oregon. Usually, if you meet Americans from Oregon, they will describe their State as the most beautiful / best / most fun State in the country, so my expectations were quite high. As soon as we entered Oregon, we had the impression to be in a different country. The spirit of freedom is real here. Oregon still has something of a lost world, and despite the summer fires, we found hundreds of miles of pristine nature. We have  been in Oregon for more than a month and can’t decide if we should ever leave.

In Boise, Idaho, we looked at the map of Oregon to plan our route to Medford, where our first host farm was awaiting us (we recently decided to start Wwoofing). We saw a big patch of green called “Malheur National Forest” on the map. After Grand Teton, we wanted to visit more US locations with most inappropriate French  names, so we started driving to this destination.

I don’t know where the name comes from, and we had a hard time pronouncing it the American way (Mailhour?). The forest is indeed very dry and feels isolated in certain places. There, I felt like we had “made it to the West of the West”. We spent a couple days hiking on trails that apparently had not been hiked in a long time.

After driving through a few ghost towns and one-hundred miles of desert hills, BLM land…

… we arrived in this other deserted place called John Day Fossil Beds National Monument. The staff was getting ready for the first “All-American” eclipse, as the “monument” –which is more a large piece of desert land– was located in the full-eclipse zone and one of the best places in the country for stargazing.

We drove through more desert, and more small towns. Then, we entered a pristine volcanic area in the Willamette National Forest.

Further West, on the Mc Kenzie River trail, we found that amazing turquoise river pool, please Google it to find the location or I’ll feel responsible for ruining this place a little more. What a beauty… until everyone arrived. We live in social media era: teenagers were recording videos of themselves jumping into the magnificent pool with a not so magnificent temperature of 38 degrees Fahrenheit (just a little above zero Celsius). I was honestly hoping they would not die in front of my eyes –there were two deaths here before because of “social media” jumping. You don’t want to be the party-pooper and at the same time you don’t want the kid to die of hydrocution and then their parents sue you or something (we’re in the US, remember). I screamed a shy (is this an oxymoron?) “YOU KNOW THAT THE WATER IS FREEZING COLD RIGHT?” and they knew. They all jumped and did not die. After 10 am, a bunch of drones were flying above the pool and the place was not so nice. But seriously, what a wonder.

After a detour through the town of Eugene, where we shared the library with many hippies, we drove South to Crater Lake National Park. We though we could hike all around the lake, but it’s more a scenic drive that circles the lake. You can do two hikes going to peaks in order to see the best lake panorama. The first thing you learn is that the lake was NOT formed by a meteorite (that’s apparently the most frequently asked question). It’s the result of a giant eruption a few thousand years ago, that left a big hole filled with water. The lake is so deep that the water is very blue. Very very blue! The best blue in the world.

We are now parked at our host farm in Medford, Oregon. Guess which State is now our favorite State in the US?

2 Replies to “On The Road: Wonders Of Southern Oregon”