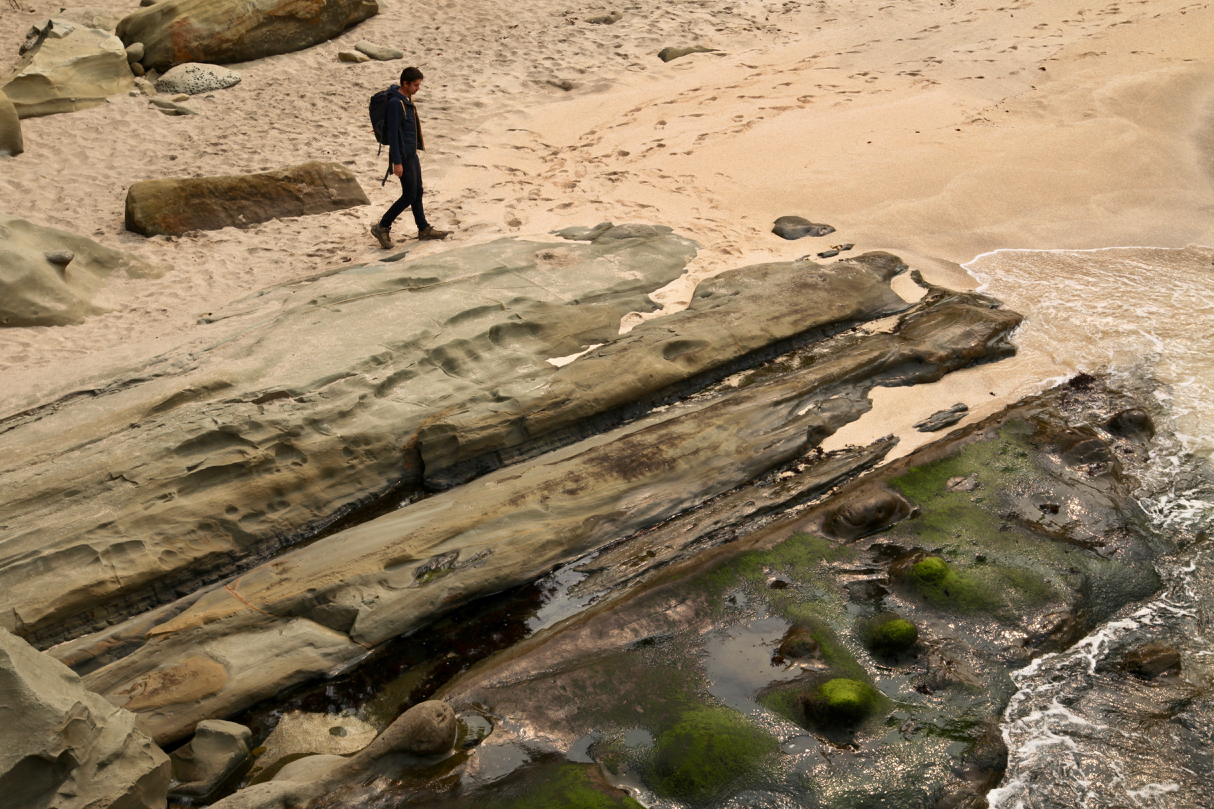 Still catching up about last summer’s adventures… There are natural wonders in the U.S. that don’t get much attention and international tourism. The Oregon Coast is one of them.

This was in early September… We were still working at the farm. All the forests in Oregon were burning. Really bad. The sky was smoky and the sun was bright orange all day.

When you reach the Coos Bay Area, it starts getting a little better, but the light is still super weird, somewhat post-apocalyptic. This picture was taken at around 4 pm.

We met our farm hosts in the Sunset Bay State Park. They brought their dog, and the dog had a mini-life jacket when we went boating. This made him instantly look super cute.

We went boating because to catch crabs. And eat them later on. That’s when I realized I had never caught myself any fish or meat before. It was fun crabbing, it’s actually pretty easy when you have the gear. What was hard was finding males! We caught a lot of females, which you’re not supposed to keep. We put most of them back into the ocean.

The area is full of tide pools and strange shapes formed by millions of years of erosion.

Biking along the shore, you’ll see sea lions and even sea elephants, one of the amazing things about the Pacific Ocean coast in the US.

And more secret coves… more places that will hopefully stay protected. This is Oregon!