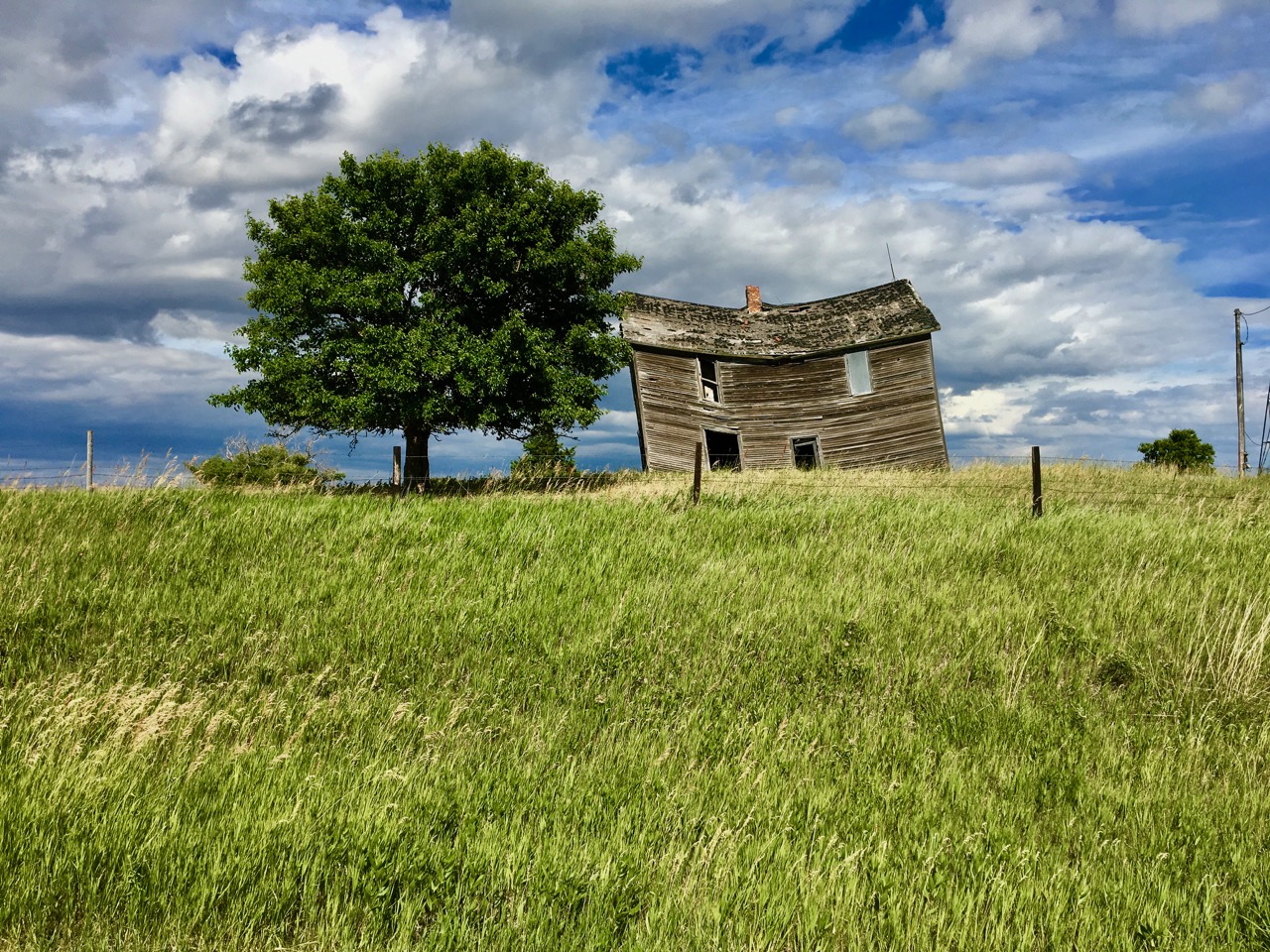 Nebraska has been a great surprise in this adventure so far. When we decided to escape the Midwest to rush to Colorado —a place that we knew for sure was mosquito and rain-free— we were dreading the long crossing of this forgotten state. Our good friend Cat in New York is from Nebraska, and I always imagined her land as a flat, boring cornfield place that we would just drive through in a day. That, plus the movie “Nebraska” which depicts the state as one of the dullest state in the US. Well it turned out to be really beautiful and interesting, and we ended up staying three nights. Cat, if you still don’t brag about Nebraska in New York City, I’ll do it for you.

We almost took the Interstate to cross Nebraska rapidly, but at the last minute, for some reason I can’t remember, we decided to turn right on a small road (20, I think). We followed that road 20 and after some flat lands we found the Sandhills. Small and sometimes welcoming villages, the infinite sky, this light green grass, horses, the horizon and the empty road for miles and miles and miles. That feeling of freedom, really “on the road” for the first time. It was a unique, out-of-time place and we wanted to drive this road for eternity. We slept in free, awesome campsites on the roadside.

There are a lot of very long freight trains in Nebraska. You feel that you’re entering the West. Many of these trains transport coal. Yes, coal. At full capacity, the largest plant in Nebraska burns 800 tons of coal to produce electricity. Growing up in France (82% nuclear energy), I had never actually seen coal. Without the paved road and cars, we could have believed we were traveling back a hundred years ago (no offense at all). The train whistles and everything. It’s like a movie.

Since Nebraska was surprising us, we decided to visit it more seriously. So we went to Carhenge, a Stonehenge replica using vintage car bodies. It’s just an interesting folk-art roadside attraction. It was not really worth it, but when you have that kind of time we have, living the retiree life before we’re supposed to, it’s a fine little visit.

Then we saw Chimney Rock in the horizon, like the first pioneers and migrants to the West. Chimney Rock was a symbol of hope for many of these adventurous minds, after days traveling in the bare landscape of Nebraska.

A few miles from Chimney Rock, Scotts Bluff was another monument abundantly described in literature and another door to the West. It’s easy to lose yourself imagining someone from the East discovering this landscape for the first time and crossing a nude land, but these areas (the Northern Plains) where of course heavily populated by Native Americans (like the Sioux). There are some artefacts in the Scotts Bluff museum about the Native Peoples, and besides all the seducing myths of the pioneers (the Pony Express Trail, The Gold Rush, the Oregon trail, etc.) I think it’s worth taking a minute to think about that history as well.

I’ll be back in Nebraska, and I’ll encourage my fellows to discover it.

3 Replies to “Yes, Nebraska is Cool – 72 Hours in The Cornhusker State”