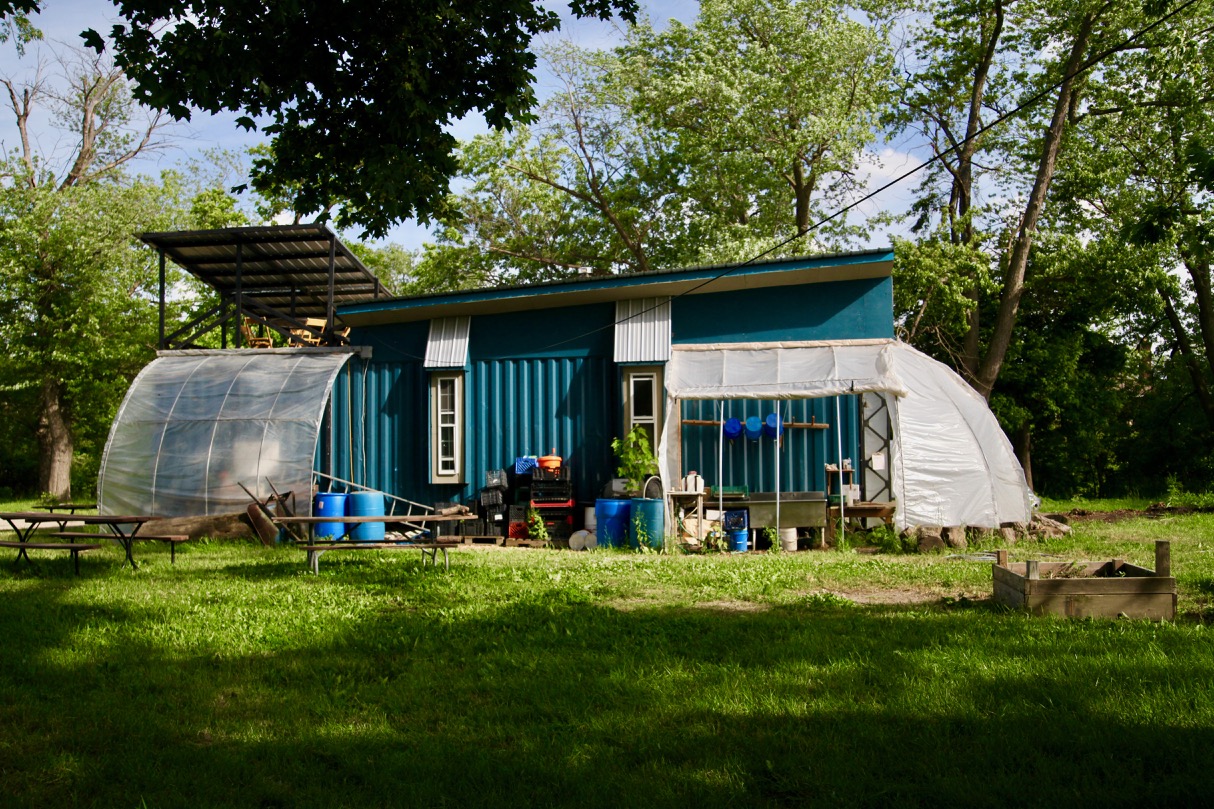 Detroit is the city of the future. Henri and I stayed one week at an urban farm in North End where we had the chance to experience what’s great about Motor City today.

I heard about Detroit for the first time when I started being interested in electronic music in 2001. Like anybody remotely into this misunderstood and under appreciated music genre, Detroit became a myth for me because of techno, as it was born there (or in fact, nearby, in Belleville, MI) in the eighties. So I’ve always pictured it as a pioneer city.

Of course this is not the typical description of Detroit. I met more than one person in the US who described Detroit to me as a gigantic rundown neighborhood made of abandoned houses and buildings, poverty, despair, crime, unemployment. After a week there I must say that this description of the city seems utterly outdated. Even if the problems remain, it seems really unfair to focus on that aspect of what the city is about.

Okay, there are some abandoned houses. Everywhere outside downtown and the immediate streets around Midtown, basically. And there are also a zillion abandoned buildings. If that’s what you want, yes, there is that.

But for each abandoned house or building…

…there is a beautifully preserved or renovated one

… a farm in the city

… a businessman in town

… a good diner that costs nothing

… nature in the city. Everywhere.

I’m in love with Detroit now. We stayed at an Urban Farm where I actually practiced apple tree thinning for a day, near North End / Boston Edison.